Most insurance policies and Medicare don’t cover purely cosmetic surgery; however, if the procedure is performed for reconstructive purposes, to correct a breathing problem or a marked deformity, the procedure may be covered. Check with your insurer if one exists, and obtain pre-authorization for your surgery.

Be sure to tell us if you’ve had any previous nose surgery or an injury to your nose, even if it was many years ago. You should also inform us if you have any allergies or breathing difficulties; if you’re taking any medications, vitamins, or recreational drugs; and if you smoke.

Don’t hesitate to ask us any questions you may have, especially those regarding your expectations and concerns about the results.

Rhinoplasty usually takes an hour or two, though complicated procedures may take longer. During surgery the skin of the nose is separated from its supporting framework of bone and cartilage, which is then sculpted to the desired shape. The nature of the sculpting will depend on your problem and your surgeon’s preferred technique. Finally, the skin is redraped over the new framework.

Sometimes plastic surgeons perform rhinoplasty from within the nose, making their incision inside the nostrils. Otherwise we prefer an “open” procedure, especially in more complicated cases; they make a small incision across the columella, the vertical strip of tissue separating the nostrils. The choice often depends on how the nose appears and what needs to be done.

When the surgery is complete, a splint will be applied to help your nose maintain its new shape. Nasal packs or soft plastic splints also may be placed in your nostrils to stabilize the septum, the dividing wall between the air passages.

After surgery-particularly during the first twenty-four hours-your face will feel puffy, your nose may ache, and you may have a dull headache. You can control any discomfort with the pain medication prescribed. Plan on staying in bed with your head elevated (except for going to the bathroom) for the first day.

After surgery, small burst blood vessels may appear as tiny red spots on the skin’s surface; these are usually minor but may be permanent. As for scarring, when rhinoplasty is performed from inside the nose, there is no visible scarring at all; when an “open” technique is used, or when the procedure calls for the narrowing of flared nostrils, the small scars on the base of the nose are usually not visible.

In about one case out of ten, a second procedure may be required-for example, to correct a minor deformity. Such cases are unpredictable and happen even to patients of the most skilled surgeons. The corrective surgery is usually minor.

You’ll notice that the swelling and bruising around your eyes will increase at first, reaching a peak after two or three days. Applying cold compresses will reduce this swelling and make you feel a bit better. In any case, you’ll feel a lot better than you look. Most of the swelling and bruising should disappear within two weeks or so. (Some subtle swelling-unnoticeable to anyone but you and your surgeon-will remain for several months.)

A little bleeding is common during the first few days following surgery, and you may continue to feel some stuffiness for several weeks. We will probably ask you not to blow your nose for a week or so, while the tissues heal.

If you have nasal packing, it will be removed the next day making you feel much more comfortable. By the end of one or, occasionally, two weeks, we will remove all dressings, splints, and stitches.

Most rhinoplasty patients are up and about within two days, and able to return to school or sedentary work a week or so following surgery. It will be several weeks, however, before you’re entirely up to speed.

We will give you more specific guidelines for gradually resuming your normal activities. They’re likely to include these suggestions: Avoid strenuous activity (jogging, swimming, bending, sexual relations-any activity that increases your blood pressure) for two to three weeks. Avoid hitting or rubbing your nose, or getting it sunburned, for eight weeks. Be gentle when washing your face and hair or using cosmetics.

You can wear contact lenses as soon as you feel like it, but glasses are another story. Once the splint is off, they’ll have to be taped to your forehead or propped on your cheeks for another six to seven weeks, until your nose is completely healed.

Due to recent restrictions because of the ongoing COVID pandemic

We are now doing virtual consultations. Use the link below to register and begin your consultation. 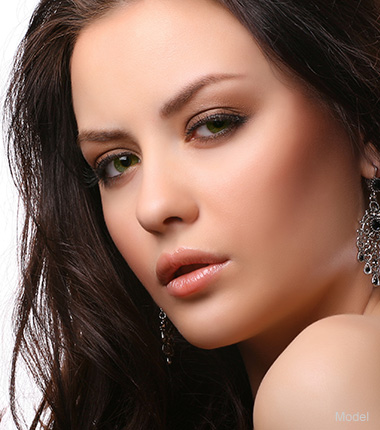 Fill out the form below with questions or comments and we will get back to you within 24-48 hours.

Before and After Photos - individual results may vary. Some images may be models.
© 2023 Ageless Cosmetic Clinic. Site Designed by PlasticSurgeryStudios.com.
Top